Being a free member of FlirtLocal.com we received 106 emails since we signed up which was back in October 2013. From our experience and supporting evidence we will show and prove that the large majority of those emails and women emailing us were fake. This site is associated with a number of fraudulent dating sites that we have covered that include, MeetWives.com, XCheaters.com and HornyAffairs.com.

Where Are All The Real Girls?

When we first signed up with FlirtLocal.com we were taken back with the amount of very attractive looking women on the site. Almost every single female was a 9 out of 10. People reading this who have no experience with online dating sites might think that they hit the jackpot with all the horny looking local ladies looking to meet you in person. But like they say if it sounds too good to be true or in this case if it looks to be looks too good to be true then it is. So what exactly is going on here? This website operates in the same fraudulent fashion that other sites from the same dating company uses. The fraud in this particular case is that these women are not real people looking to meet you for a date or anything more than that.

It may come as a shock to you however this website along with countless others are involved in the fabrication of fraudulent fake female profiles. The reason they create fake dating profiles is a two-fold answer. The first reason they create fake profiles is that Flirt Local does not have enough real women using it. No man is going to join a dating site if there are 99 men for every women on the site. This is the exact problem that this dating service faces. Their solution to this problem is to start lying and deceiving their users by posting phony female profiles. The second reason for the phony women is to lure men into trying to contact these women at which time they are meant with "Upgrade to message" (where you need to buy a membership) alert before they can communicate with any girls on the site.

The evidence below shows just a small sample of the phony girls on the site. Do you really think that women like this need to be on a hook up site to meet men willing to have sex with them? 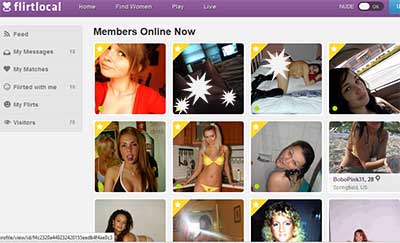 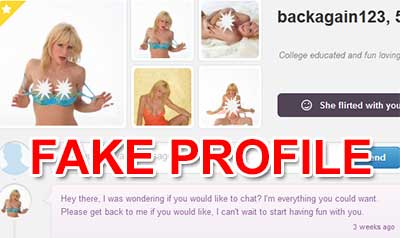 Like we mentioned above we received over 100 emails,106 to be exact from women on FlirtLocal.com. The problem is that the emails are all fake! When we first signed up last year we started getting emails within mere minutes. This scenario happened over and over getting emails from hot looking girls. The emails poured in even though the profile we created for this investigation was empty. No photos were uploaded to our profile and we didn't put any info in our profile.Why then are these girls contacting us? First off the girls are not real as discussed in the previous paragraph.  The second reason that we are getting all these emails is because when we tried to respond to the emails we received the "Upgrade to message" alert pop up. Basically we couldn't reply back to anyone without upgrading and buying a $29.95 monthly membership. That is the main reason they send phone emails to members of their service. 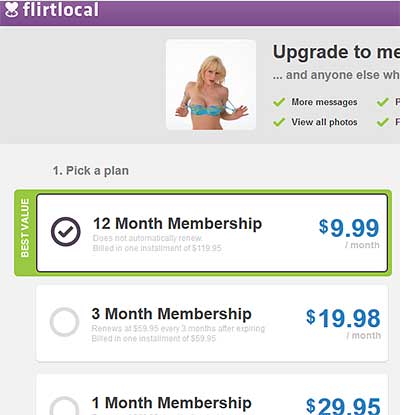 Sometimes the scam is hiding in plain view and it's as easy as reading the terms and conditions (section I6) of the site to see what the web site is up to. Some of the things they admit to doing are truly unbelievable but they are true since they are directly located on the site's terms and conditions. FlirtLocal discusses in detail exactly how they run their business, this includes how they use fake profiles, fake emails and how they deceive people. This is a irrefutable evidence that cannot be denied. The first thing they admit to doing is posting fictitious profiles. So what this means as I mentioned above in previous paragraphs is that the actually create fake dating profiles that have photographs of variouswoman and all types of personal information that are completely false. They also admit to "generating or responding to communications by means of automated programs". This means that they actually send and reply to emails using automated computer software programs that are created specifically to make it appear as if you are receiving emails from real women. However in reality you're receiving emails from computer software programs and not real people. They even admit to employing people to chat with you and basically pretend to be interested in you to entice you into upgrade. It's amazing that they talk about this on their site and it's basically hiding in plain view.

This site use every tactic in the book to trick you into paying for a membership. Sadly your chance of meeting legitimate women on this site are very minimal. With all the corroborating evidence there really is no reason to register as a member on FlirtLocal.