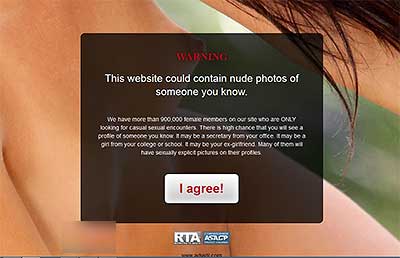 Budbi.com is used to redirect people to FBookSluts.com which is a scam dating site owned by Global Personals. Other sites run by this company that we have exposed for fake profiles etc are SnapSext.com, BangHotBBWs.com and Bangaholic.com.

Like many dating sites run by Global Personals this site uses a multitude of deceptions all used to push you into paying for a membership. The first method is the use of attractive women that have been purposely fabricated by the site to make it appear to unknowing men that this dating service has thousands of attractive local women. The reality is that there are less than 0.5% real women for every 100 men on the site. The reason behind the use and creation of fake girls is because there are a minimal amount of real women using the site, to fix the shortage of women they simply manufacture fictitious female profiles. Everything is fake in the profiles including the images, location and age. Below we have included a snapshot of just a few of the phony female profiles on this site. Many of the women on this site are very attractive females, many have nude pictures but most are fake. This website is littered with thousands of fake dating profiles all used to lure men into subscribing to a monthly membership. 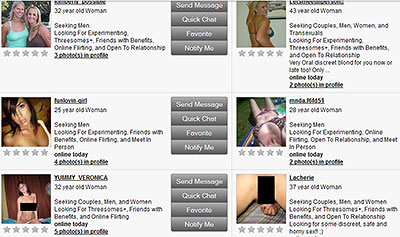 For this investigation we created an account on the site and we received 21 emails so far. These emails are all phony, no real females were sending emails to us. This is yet another tactic to trick free members into buying a subscription. If you try to communicate with the females that have "emailed you" then you must upgrade to reply to any emails you get (see evidence below). Upgrading of course is a scam because all the messages that we received were 100% phony. Buying a membership to email these women back is ridiculous because they are NOT REAL. We couldn't even read the emails unless we upgraded. Also something else to note is that our profile was completely empty, this mean we had no photos in our profile and as little info in our profile as allowed. That should raise questions right there, as to why would we receive 21 emails? The answer of course is that it's all a con to trick unaware people so they get a premium membership.

Like we mentioned above this dating service uses a multitude of deceptions. This particular deception involves the use of phony chat messages. Computer programming can accomplish many things and one of them is the ability to automate tasks using something called bots. short for robots. These bots are programmed to mimic real chat messages and they actually pop chat messages to free members. The instant messages appear to be coming from a variety of "local girls". Unfortunately the whole thing is automated with no women sending you messages. If you look at the evidence below read what is circled in red and then you will understand why they send you these fake chat messages. They want your money plain and simple.

This website is promoting fraudulent dating sites, that is very clear and all the evidence does speak for itself. The problem lies in that these companies are able to create new dating sites on a whim by purchasing a domain name for $10 and quickly creating some graphics and be up and running in no time. So even though we have exposed this site for running a scam it's very easy for them to create another dating site within a day and then it starts all over again. So you as an end-user you have to become street wise to the tactics of these companies. Anytime you see new dating site just remember this review and use the knowledge you've gained in order to help you judge if the site is a con or a legit dating service.

You Can Find Real Females Here

Search for real ladies on these these real dating services.